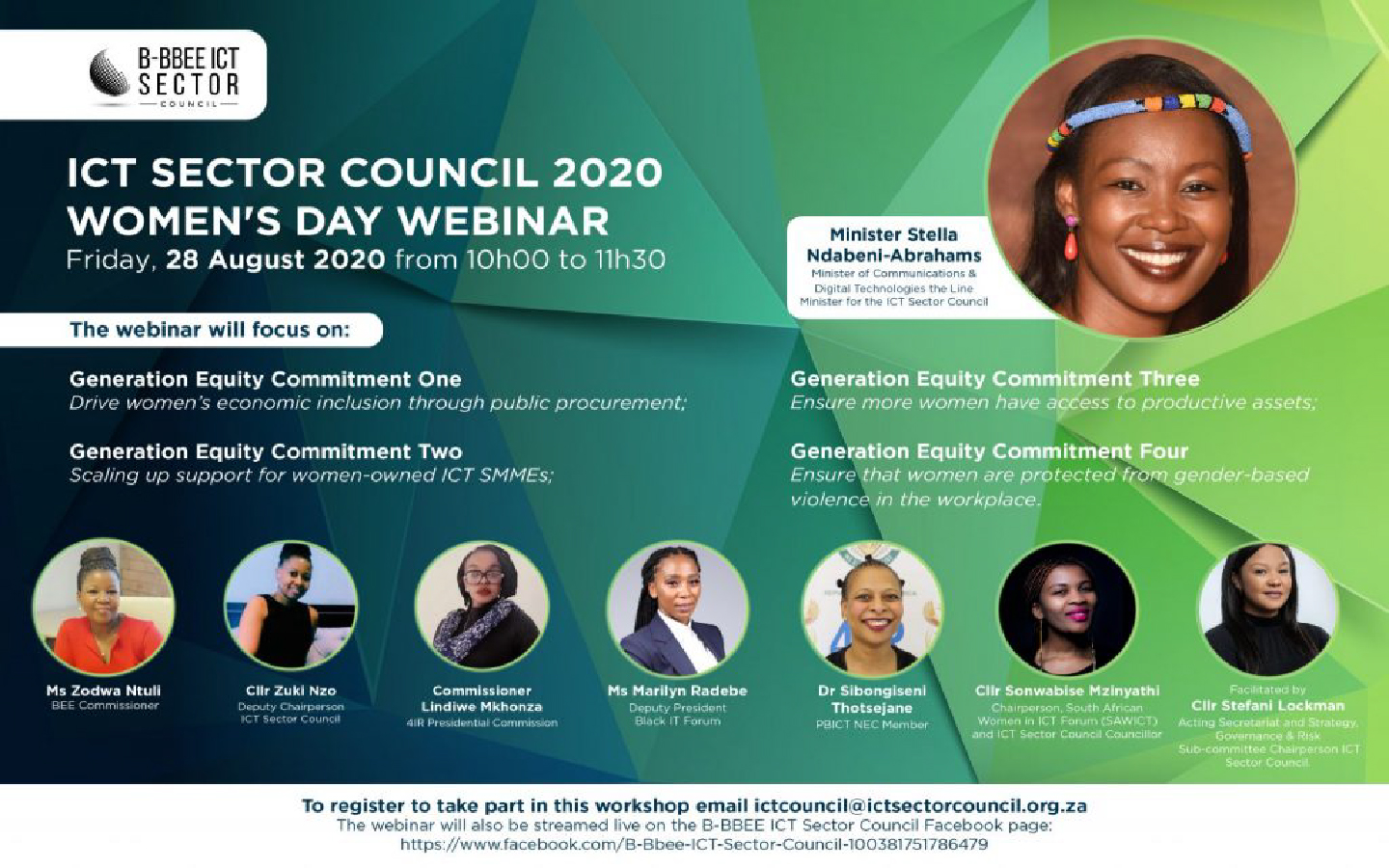 In honour of Women’s Month, the B-BBEE ICT Sector Council is proud to present a webinar on the four commitments under Generation Equality and the National Gender-Based Violence and Femicide Strategic Plan.

The webinar is scheduled to be held on Friday, 28 August 2020 from 10h00 to 11h30 and will include the Minister Stella Ndabeni-Abrahams, Minister of Communications & Digital Technologies the Line Minister for the ICT Sector Council under the B-BBEE Act.

“This engaging and important discussion is part of the ICT Sector Council’s commitment to the B-BBEE Act and to the achievement of the constitutional right to equality, increase broad-based and effective participation of black people in the economy,” explains Andile Tlhoaele, Chairperson of the B-BBEE ICT Sector Council.

On Monday, 10 August 2020 President Cyril Ramaphosa announced that the country had joined the global campaign that links efforts to achieve gender equality by 2030. As part of this campaign, South Africa joined two ‘Action Coalitions’, one for economic justice and rights and another against gender-based violence.

August 2020 is also the beginning of the implementation of the National Strategic Plan to address gender-based violence and femicide. The key aspect of the plan is to ensure the inclusion of women in economic opportunities.

“In terms of the B-BBEE Act, broad-based black economic empowerment means viable economic empowerment of all black people and in particular women, including women with disabilities, and the objectives of the B-BBEE Act are, amongst others, to increase the extent to which black women own and manage existing and new enterprises whilst increasing their access to economic activities, infrastructure and skills training,” explains Andile Tlhoaele, Chairperson of the ICT Sector Council.

Previous post SA Women’s Month – Is It A Celebration for The ICT Industry?
Next post Businesswoman On The Move: Marilyn White Radebe